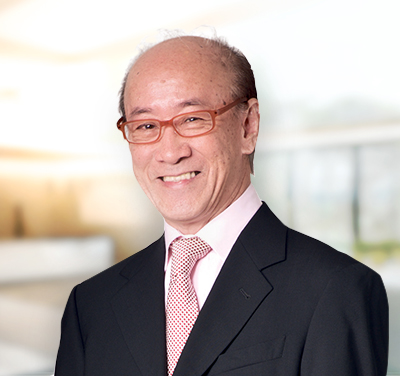 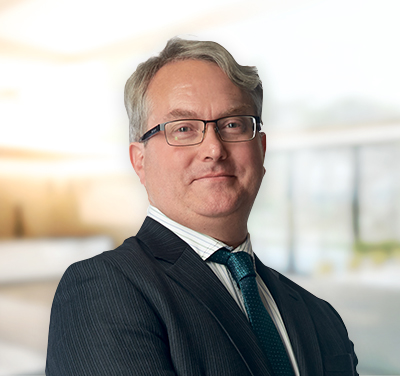 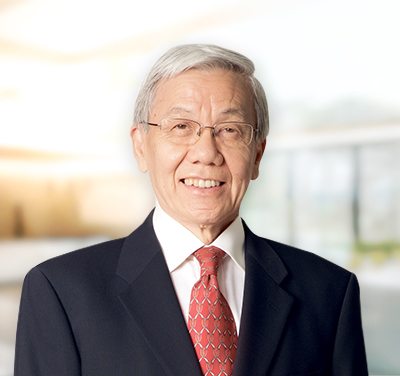 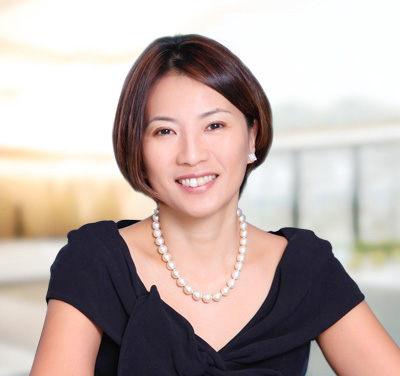 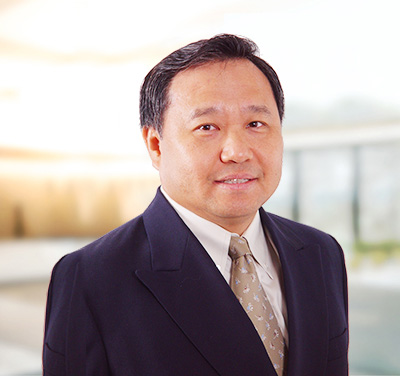 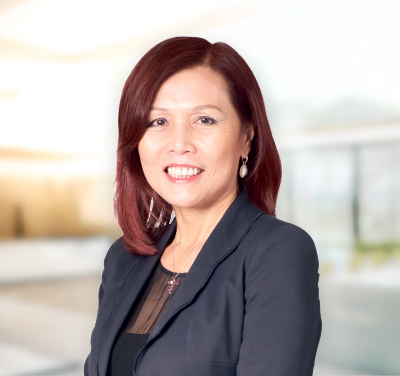 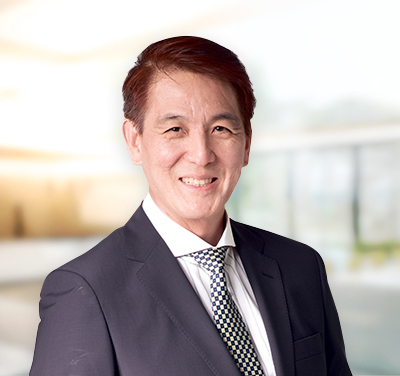 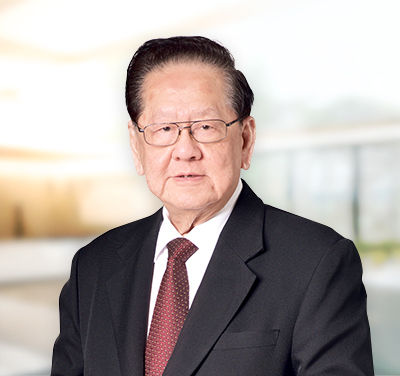 Mr Cheng retired as Chief Executive Officer of POSBank in July 1997. He was appointed as Advisor to POSB in June 2010. He holds and has held directorships, in both listed and unlisted companies. Currently, he is a director of Hong Leong Finance Limited, Pacific Andes Resources Development Limited, Baiduri Bank Berhad and Baiduri Finance Berhad. His other appointments include being the Chairman of the Medifund Committee, Singapore General Hospital and Vice-Chairman of the Consumers Association of Singapore (CASE) Endowment Fund.

Mr Cheng holds a Bachelor of Arts Degree in Economics (Honours) from the University of Malaya in Singapore. He received the Public Administration Medal (Silver) in 1984 and the Public Service Medal in 2001. He also received the Friend of Labour Award from the National Trade Union Congress (NTUC) in 2008. 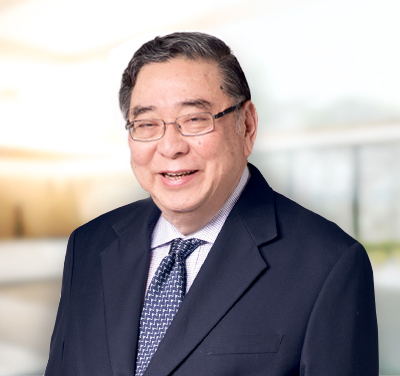 Mr Yap is the Chairman of the Audit Committee and is a member of the Nominating Committee.

He is currently Managing Director of B.P.Y. Private Limited, a firm of management consultants which provides financial planning, financial accounting, reviewing internal control systems as well as corporate secretarial services. Between July 1975 and January 1999, Mr Yap was a senior partner at Yap Boh Pin & Co which provided advice on auditing, taxation, liquidation and corporate restructuring matters. He is also a director of KTMG Limited (formerly known as Lereno Bio-Chem Ltd), serving as Chairman of its Audit Committee and member of its Nominating & Remuneration Committees. He has also held directorships in various public companies between 1975 and 2000, including Singapore Land Limited, L&M Investments Limited and Pan Pacific Public Company Limited. During his appointment by these companies, Mr Yap was a member of their executive committee and/or audit committee, assisting in the evaluation and recommendation of changes to their system of internal controls as well as corporate governance.

In March 2007, Mr Yap was appointed as Director of Asia Mobile Holdings Pte. Ltd., a private limited company which is a subsidiary of Singapore Technologies Telemedia Pte Ltd. It has investments in StarHub Ltd and Shenington Investments Pte Ltd.

Beyond the corporate sector, Mr Yap is actively involved in various non-profit, educational and social welfare organisations. He is an Honorary Council Member of the Singapore Hokkien Huay Kuan since 16 June 2011. At end January 2008, Mr Yap was appointed a director of ACS (International). He was also a member of the Board of Trustees and the Audit Committee of the Chinese Development Assistance Council from March 2006 to June 2018. He had also held the posts of Chairman, Finance Committee and Honorary Treasurer of Singapore Heart Foundation from July 2009 to September 2013.

Mr Tang is the Chairman of the Audit Committee and is a member of the Nominating Committee.

Mr Tang has held directorships in various companies, both in Europe and ASEAN, including SGX Mainboard-listed Singapore Food Industries Limited, where he served as a member of the Audit Committee.

Mr Tang graduated with a Bachelor of Social Sciences (Economics) (Honours) (1970), and obtained a postgraduate Diploma in Business Administration (1975), from the then University of Singapore.

Mr Seah also serves as an Independent Director on the board of Yanlord Land Group Ltd., Global Investments Limited, M&C REIT Management Limited and M&C Business Trust Management Limited. He is currently the Chairman of Nucleus Connect Pte. Ltd. and the sole proprietor of Soft Capital SG, a business consultancy.

Over a 25 year period between 1980 and 2005, Mr Seah held various senior positions within the AIG Group in Singapore, initially as AIA Singapore’s Vice-President and Chief Investment Officer managing the investment portfolio of AIA Singapore and later as Vice- President of Direct Investments of AIG Global Investment Corporation (Singapore) Ltd. Between 2001 and 2005, Mr Seah was also the Chairman of the Board of AIG Global Investment Corporation (Singapore) Ltd.

From 1978 to 1980, Mr Seah managed the investment portfolio of Post Office Savings Bank as Deputy Head of the Investment and Credit Department. Prior to that, he worked at Singapore Nomura Merchant Bank as an Assistant Manager with responsibilities covering the sale of bonds and securities and offshore (ACU) loan administration for the bank. Between 2002 and 2003, Mr Seah served on the panel of experts of the Commercial Affairs Department of Singapore.

Mr Seah graduated with a Bachelor of Arts and Social Sciences (Second Class Honors (Upper)) in Economics from the then University of Singapore in 1975.

Mr Miller is the Deputy Chairman of the Board. He is also a member of the Remuneration Committee, the Nominating Committee and the Executive Committee.

Mr Miller is the President & Chief Executive Officer of Singapore Technologies Telemedia Pte Ltd (“ST Telemedia”) and is a member of ST Telemedia’s Board of Directors.

Prior to joining ST Telemedia, Mr Miller was Financial Advisor to ST Telemedia on the combination of its data centre business with Equinix and Pihana Pacific, creating the world’s largest carrier-neutral data centre network.

Mr Miller has more than 25 years of global investment, financial management, strategic planning and CMT industry experience. He spent over 14 years of his career in investment banking with Credit Suisse, primarily heading its telecommunications and media group throughout Asia and the Pacific.

Mr Miller holds a Bachelor’s Degree in Commerce, with First Class Honours in Economics and Finance, from the University of New South Wales, Australia.

Ms Ho serves as a member of the Audit Committee and the Executive Committee.

Ms Ho has more than 20 years of financial management experience and is currently a Consultant in STTC Communications Ltd (“STTC”). Prior to that, she held the position of Chief Financial Officer & Executive Vice President of STTC with responsibilities including the overseeing aspects of STTC’s financial strategy and operations, including controller, tax, internal audit, treasury as well as analysis for mergers and acquisitions (“M&A”).

Ms Ho holds a Bachelor of Commerce (double major in Accounting & Information Systems) from the University of New South Wales, Australia. She has also been a member of the Certified Practising Accountants Australia since 1992.

Mr Lim serves as a member of the Executive Committee.

Mr Lim is credited with having successfully spearheaded the strategic development and growth of the Group since its inception in 1998 into a regional diversified provider and enabler of innovative communications today.

Following his retirement as Group President in November 2006, Mr Lim continues to contribute his extensive industry experience and expertise to the Group, as a Non-Executive Director and a member of the Executive Committee.

Mr Lim, who oversaw the strategic development and management of our Group as President, has over 13 years of experience in the telecommunications industry, including establishing CellStar Pacific Pte Ltd, an Asean-wide cellular communications distribution business. Prior to undertaking his appointment as our Group President in January 2004, he held the position of Managing Director from March 1999 to December 2003 where he was responsible for the Group’s distribution business.

Ms Cheah Sui Ling serves as a member of the Audit Committee.

Ms Cheah is currently an Operating Partner with Wavemaker Partners, a venture capital firm based in Singapore and Los Angeles that focuses on technology company investments, where she is responsible for helping portfolio companies with business development, follow on financings and eventual exits. She is also an Independent Director and Chairman of the Audit Committee of Parkway Trust Management Limited, the manager of ParkwayLife REIT, listed on the Singapore Exchange, and an Independent Director and Member of the Nominating and Remuneration Committees of M&C REIT Management Limited, the manager of CDL Hospitality Real Estate Investment Trust and M&C Business Trust Management Limited, the trustee-manager of CDL Hospitality Business Trust.

Ms Cheah has over 20 years of international investment banking and corporate experience. Most of her career was spent across Singapore, Paris, Hong Kong, London and New York, focusing on capital raising transactions and cross border mergers and acquisitions for corporate clients. Between 2010 to 2013, she was Co-Head of Corporate Finance for South East Asia at BNP Paribas. Prior to that, she was a senior coverage banker for Singapore in the investment banking division of JP Morgan. She started out her career at Merrill Lynch Investment Banking.

Mr Yeo Siew Chye Stephen serves as a member of the Renumeration Committee.

Mr Yeo was the founding director of S2S Consulting. He began his career in Singapore Ministry of Defence as Director of Systems and Computers. He spearheaded the introduction of ICT in command and control systems during his stint there. He was CEO of National Computer Board, Singapore from 1995 to 1999, where he promoted the development of e-Government and ICT in healthcare, education, trade and economic development. He then moved to the commercial sector for the next 14 years where he served as President and CEO of Singapore Computer Systems Limited, President of EDS International (SE Asia) and Managing Director for SE Asia of British Telecom Global Services.

Mr Yeo consults with companies in the area of leveraging ICT for strategic advantage. He also helps to nurture emerging ICT companies. In the past 20 years, he had served on the boards of companies, statutory boards and educational institutions. He had served as chair of Institute of Systems Science (ISS) of National University of Singapore, Institute of Communications and Information Science (ICIS) of Nanyang Technological University of Singapore (NTU), board member of the NTU Business School, founding chair of the School of IT of Republic Polytechnic (RP) and member of the Board of Governors of RP. He had also served as board member of Telecoms Authority of Singapore, National Library Board, Asia Pacific Jets Pte Ltd, NTUCLink and NTUC LearningHub. He was also deputy chair of National Computer Systems Pte Ltd before it was subsumed into Singapore Telecommunications Limited.